The Judicial Review of the NICE ME guidelines ... 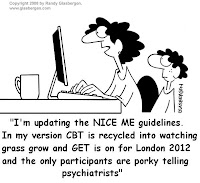 CBT: Check out the Birds at the Traffic light ... 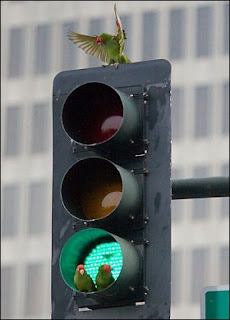 Professor Simon Wessely: GWS (Gulf War Syndrome) is all in the mind, i.e. it doesn't exist just like ME ... 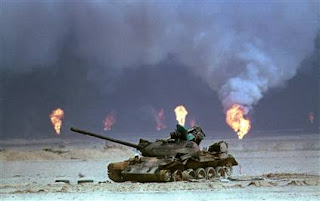 “Informal communication among British veterans of the first Iraq war may have shaped the vets' characterization of Gulf War Syndrome.”

„After the bullets stopped flying, the rumors took off among British veterans of the 1991 Gulf War. Early accounts of physical and emotional reactions to wartime experiences spread from one person to another through networks of veterans.

Within a few years, these former soldiers had decided among themselves that many of them suffered from the controversial illness known as Gulf War Syndrome, a new study by Simon Wessely of King’s College London concludes.“

“After the war, rumors reaffirmed the social bond among returning vets and helped them to shape a bewildering array of physical and psychological symptoms into the common burden of Gulf War Syndrome, the scientists propose.”

So, it is all in the mind, the soldiers came back from the Gulf and were well, went to the pub and decided over a few pints of lager to feign an illness ………….

Margaret Williams wrote the following some time ago:

“In his customary way, Wessely made sweeping assertions in his evidence, for instance: “We knew from the start that we were not dealing with something that causes an increase in mortality”.

So professor, can I ask you something, did you include these soldiers and their loved ones in your research and ask them about the false illness beliefs etc that caused their death?? Or did they die from an allergy to psychiatrists ???

And what did two sociologist say about this in the same article in Science News:

“Research on this issue remains contentious. In a commentary slated to be published with the new study, Thomas Shriver of Oklahoma State University in Stillwater and Sherry Cable of the University of Tennessee in Knoxville say that Wessely’s team appears to regard veterans’ symptoms as purely psychological and perhaps partly invented out of rumor.

“The authors come perilously close to blaming the victims,” the two sociologists contend.”

Now don’t we know that psychiatric strategy from another illness ???? 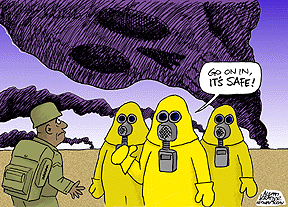 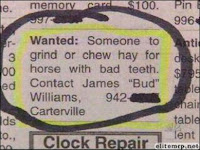 ENLARGE
Posted by Dr Speedy at 5:25 AM 4 comments: 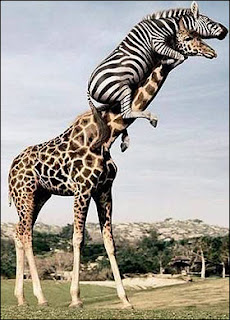 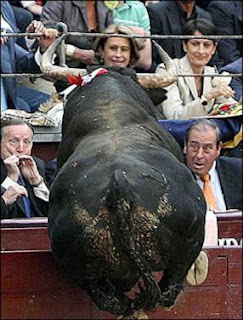 Never use CBT for birds or Fighter pilots ... 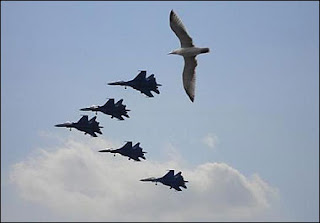 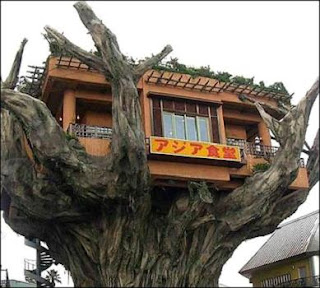 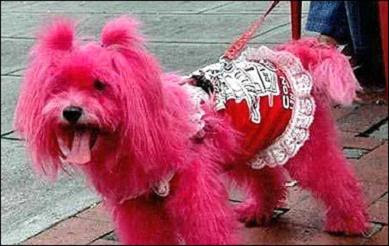 MORE INFO
Posted by Dr Speedy at 12:14 AM No comments:

CBT psychiatry and their lucrative business of DENIAL ...

“Now this question may sound very odd, but consider:

How would you Disguise a Disease ?

But if that were your intent, let's see, where would you start -- Camouflage!
First declare it is a New illness. (Brilliant!) Declare that there is no epidemic! (Tremendous)

Create a smokescreen by using a vague definition so that you can mix in many non-cases, and thus claim it is very hard to identify;

then Cover your tracks! Give the Disguised Disease a variety of new names. (Yes, a trivial absurd name, splendid!)

Create Confusion! We could tell Drs that this disease is "mysterious" and that there is no need to investigate,

CBT: cause or treatment ???

ENLARGE
Posted by Dr Speedy at 4:21 AM 2 comments: 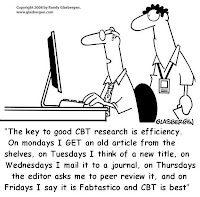 "We the undersigned petition the Prime Minister to limit the promotion & delivery of Cognitive Behavioural Therapy [CBT] within the NHS according to available evidence." More details