Serious situation I just wanted evrybody to know Brian Nicholson was sectioned again in London for being deluded and hypochondriac with ME about his health. He is being given clopixol injections he is in a bad way.

He had a cerbal infarct at christmas admitted to Hospital in London Psychiatric doctors are denying it and jkeeping him at Highgate mental health clinic Dartmouth Park hill Highgate London.

HE HAS BEEN HELD FOR 7 MONTHS NO BODY HAS POSTED anything dont know why.
Posted by Dr Speedy at 3:11 AM 4 comments:

The Great American ME Scandal 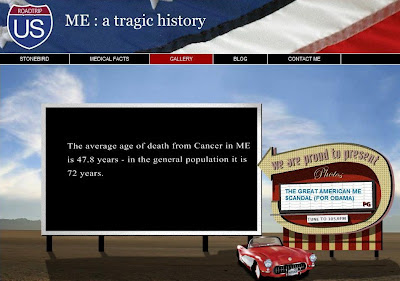