Her parents, Jane and Jim, wish for it to be a private ceremony but say, “ We know that people will be thinking about Emily and holding her in their hearts as they are so touchingly doing at the moment.”

As many people will want to pay tribute to Emily, the following suggestions for a virtual funeral have been put forward by some of her friends and approved by her parents:

1) Light a candle at some point on the day of the funeral. For those too ill to tolerate candlelight, a picture of a candle could be looked at instead, or a candle simply imagined.

2) Read, or have read to you, some of the pieces below. In the first Emily’s mother, Jane, shares her memories of Emily. Two quotes have also been chosen as reflecting Emily’s spirit. All can be found below.

As Emily was a dedicated campaigner, we also suggest the following as a means of raising awareness of ME:

3) Change your Facebook profile photo (and cover photo if you are on Timeline) to the rose picture below. This can be done on the day of the funeral or before. A suggested caption for the photo is: ‘In memory of Emily Collingridge’ with ... Read more>>
Posted by Dr Speedy at 3:24 AM No comments:

Email ThisBlogThis!Share to TwitterShare to FacebookShare to Pinterest
Labels: ME, ME/CFS

Jessica Taylor's video: The World of One Room

A personal story of a young girl growing to a young woman suffering with the severest form of this debilitating neurological illness.

A message of hope and a belief in recovery with a plea for us not to forget ME - it's time the world woke up! 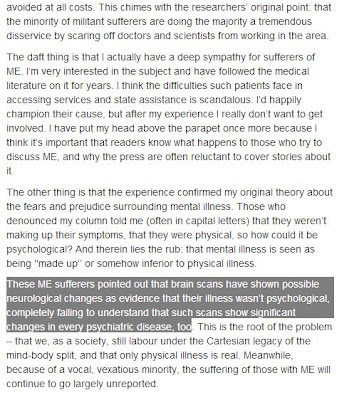 Max Pemberton wrote: “These ME sufferers pointed out that brain scans have shown possible neurological changes as evidence that their illness wasn’t psychological, completely failing to understand that such scans show significant changes in every psychiatric disease, too.”

So I asked him over a week ago the following question via twitter: 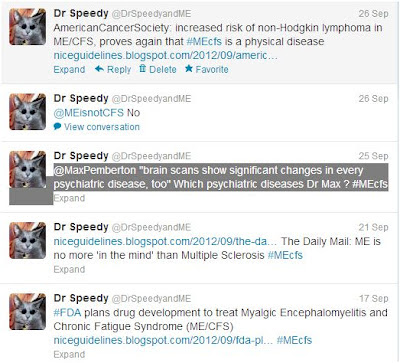 As he hasn't answered I will answer the question myself.

So I will choose the following four:
Depression, burnout, hysteria and exercise phobia.

If a brain scan is abnormal in hysteria, then the diagnosis is wrong, and we call it MS.

If a brain scan is abnormal in depression, burnout or exercise phobia then either the diagnosis is wrong or these people have a physical disease as well as a psychiatric one.

So thanks again to Max Pemberton for highlighting significant neuroanatomical brain changes in ME/CFS which proves yet again that ME/CFS is a physical disease. 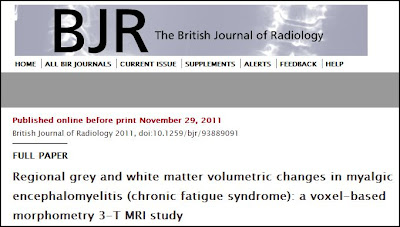 MRI study: significant neuroanatomical brain changes in ME/CFS, which proves yet again that ME/CFS is a physical disease 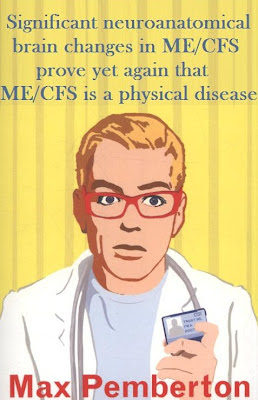 ME/CFS patients die 24 years Younger from cancer than healthy people, which proves yet again that ME/CFS is a physical disease 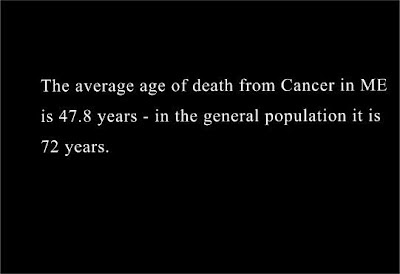