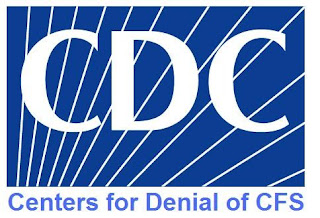 I am a science reporter who has covered ME/CFS for 20 years. I started blog in honor of my friend. Nancy had severe ME. Multiple seizures every day. She tried many experimental treatments. I thought by sheer will she would survive. Others I have interviewed have died.

The government treats it like a joke. It's a shell game. To the CDC and NIH, have you no sense of decency at long last. 17 million swept under the rug. Thirty years and not one approved drug. The AIDS became their own advocates. To say ME patients don't have same freedom to try treatments is medically indefensible.
Posted by Dr Speedy at 12:16 PM