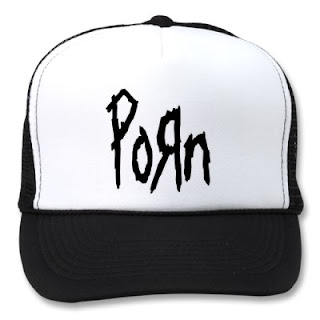 A stash of pornography was among the items seized when US Navy SEALs raided the Pakistani hideout of Osama bin Laden, US officials say.
The officials say it is unclear who the material belonged to, and there is no way to know whether bin Laden had viewed it.
Bin Laden's son and two other adult male couriers lived at the compound, the officials said.

The pornography was among the computer materials confiscated in the raid after the SEALs killed bin Laden, ending an almost 10-year manhunt for the terrorist behind the September 11, 2001 terror attacks.
The disclosure that US investigators found pornography - which provoked ridicule among bloggers - fuels the US narrative that bin Laden was not the respectable or noble figure that his supporters embraced.
The US government previously asserted that bin Laden hid behind a woman in the compound as a ''human shield'' on the night of the raid but later revised its account of the deadly shooting inside the compound and said she rushed at one of the Navy SEALs and was shot in the calf.
The SEALs fatally shot bin Laden in a post-midnight raid May 2 at his hidden compound in the Pakistani army town of Abbottabad, shooting him in the head and chest when he ducked away from the raiders into his bedroom - they thought, reaching for a weapon.
After they killed him, they confiscated what US officials call a ''treasure trove'' of information from bin Laden's second-floor office.
The items included a handwritten journal, five computers, 10 hard drives and 110 thumb drives seized at the site.
All the media taken from the site is now being analyzed by a CIA-led team.
The material includes a record of emails that were sent by flash or thumb drives, carried out by couriers on foot, and transmitted at internet cafes, giving bin Laden access to al-Qaeda's offshoots inside Pakistan, and as far away as Yemen and Europe.
The emails show he helped chose target cities and guide overall the overall militant strategy, encouraging followers to attack soft US targets like smaller, less protected cities in the American heartland, aiming to take as many casualties as possible.
Bin Laden's handwritten journal includes his own philosophical debates over how to force the US government to withdraw from the Arab world, and included musings over how to kill President Barack Obama, US officials say.
Bin Laden concluded he was too well protected.
So far, none of the information has tipped them off to new plots under way, or to suspects against whom they could take quick action, one of the officials said.
Posted by Dr Speedy at 1:00 AM