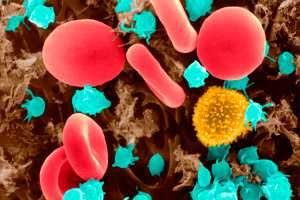 Recent clinical trials have shown that “rebooting” our disease-fighting immune system can dramatically improve the condition of patients with multiple sclerosis and rheumatoid arthritis. And according to a study published last week, it may even bring relief to patients suffering from the enigmatic condition Chronic Fatigue Syndrome, affecting millions worldwide.

There is a growing sense of excitement about the rebooting technique. But behind it lies an inspiring story of how a pair of scientists overcame indifference to convince the medical community of the merits of what is now called B-cell Depletion Therapy (BCDT).

B-cells are a type of white blood cell which randomly churn out so-called antibodies, many of which prove useful in destroying disease-causing pathogens. Yet, like every defence system, mistakes sometimes happen – and innocent bystanders end up being targeted. During the late 1990s, two medical researchers at University College London began to wonder if this “friendly fire” might hold the key to .......
Posted by Dr Speedy at 1:32 PM