Wesley's discovery of a lifetime ... 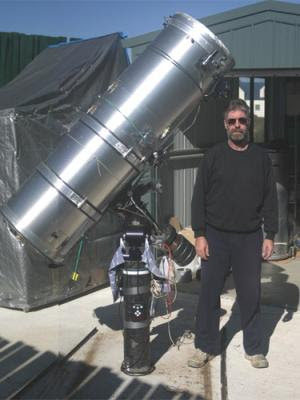 Anthony Wesley was engaged in his favourite backyard pastime of watching Jupiter through his 14.5-inch-wide Newtonian telescope when the amateur Australian astronomer made the discovery of a lifetime – a find that has astonished and enthralled professional planet watchers around the world.

It was just after midnight on Sunday and Mr Wesley, a 44-year-old IT consultant living in the rural town of Murrumbateman near Canberra, was about to call it a night after the clear skies he had enjoyed that evening began to deteriorate and visibility fell.

But having gone inside and got caught up watching golfer Tom Watson almost make history in the Open on television, something made Mr Wesley return to the computer screen of his home-made telescope once more. It was then he saw .....
Posted by Dr Speedy at 1:07 PM