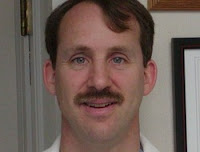 FOR 13 years, Scott Reuben was at the top of his profession. An anaesthesiologist at Baystate Medical Center in Springfield, Massachusetts, he was an influential figure in the treatment of post-operative pain. But in March, Reuben was exposed as a fraud. An internal audit found that he had faked 21 of his studies. As a result of his misconduct, thousands of patients may have been treated with drugs that did nothing to aid their recovery.

And NS recently published an interview with psychiatrist simon wesseley, promulgating his highly dangerous notions that WHO CDC-10 G 93.3 (Myalgic Encephalomyleitis) is a somatoform disorder, whose "work" should never have got past peer review because he refuses to distinguish it from chronic fatigue, thus studying a gamut of heterogenous patients, and despite well over 500 comments, including multiple references to a mass of real scientific studies demonstrating it to be the very real organic multi-system disease that it is, robbing thousands of folk of their ability to live their lives, and repeated requests to publish a review of these, or at least to publish an article to balance the original, has still done nothing.