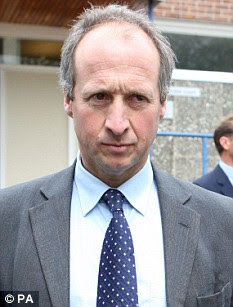 A senior executive at a speed camera firm was banned from driving for six months today after admitting speeding at more than 100 mph on a 70 mph limit dual carriageway.

Tom Riall, a divisional chief executive at Serco, was recorded driving at 103 mph in his blue Volvo on the A14 in Newmarket, Suffolk, just before 1pm on 4 January.

Riall was sentenced at a hearing at Sudbury Magistrates' Court, the Press Association reported.

Riall is head of Serco's Home Affairs division, which has installed Gatso speed cameras at around 4,500 sites around Britain since 1992.
Posted by Dr Speedy at 1:50 PM