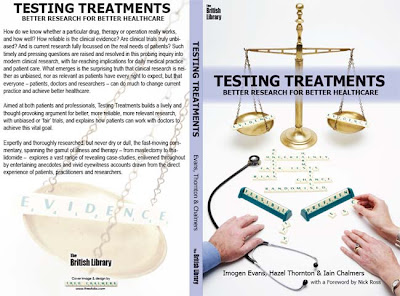 Over the past half century, health care has had a substantial impact on people’s chances of living longer, and being free of serious health problems. It has been estimated that health care has been responsible for between a third and a half of the increase in life expectancy and an average of five additional years free of chronic health problems (Bunker et al. 1994).

Even so, the public could have obtained - and still could obtain - far better value for the very substantial resources invested in research intended to improve health. Furthermore, some of the treatment disasters of the past could have been prevented, and others could be prevented in future.

The James Lind Library has been created to improve general understanding of fair tests of treatments in health care, and how these have evolved over time.