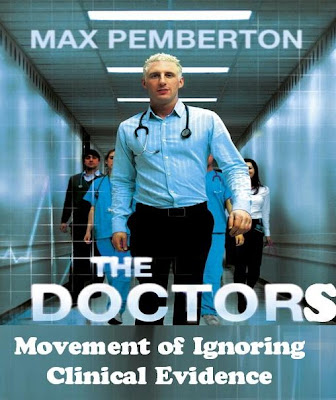 That doctors feel threatened by the idea that ME is a severely disabling neurological and infectious disease says a lot about the power of Prof Simon Wessely's movement of Ignoring Clinical Evidence.

It might seem strange that a group of doctors deliberately promote Ignoring Clinical Evidence but that is the state of affairs of CBT psychiatry in the 21st-century.

Even more baffling if you realise that Max Pemberton's article appeared online on Friday, 26 August, and many people including myself tweeted a few things to Max Pemberton in an effort to help write a sensible article about ME.

The online article was pulled from the site on Friday, 26 August. Dr. Pemberton had the whole weekend to look at the evidence presented to him and rewrite his article. As one can see from the picture below, I tweeted a few very important things about this disease to him. But as a great friend of Prof Wessely and Ben Goldacre, Max Pemberton obviously decided that ignoring clinical evidence is the way forward in 21st-century medicine. 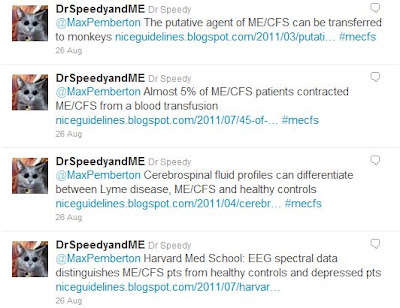 Prof Wessely and his crew wasted £11 million of taxpayers money on the PACE and FINE trials. Even though they used the Oxford criteria, which were deliberately created to select people with tiredness caused by depression, and which deliberately exclude people with neurological ME, the PACE and FINE trials still showed that CBT and GET are useless.

The Dutch CBT psychiatrists tried to claim that the PACE trial showed that 30% of patients were cured by these so-called treatments, they didn't mention that these patients were still so bad that they still fulfilled the criteria to start the trial in the first place. And the Lancet, which is very much into ignoring clinical evidence as well, had no choice but to remove this comment from the Dutch CBT psychiatrists.

That doctors feel threatened by the idea that ME is a severely disabling infectious disease says a lot about the power of Prof Simon Wessely's movement of Ignoring Clinical Evidence. It’s an attitude that has ruined the lives of many people living with this severely disabling infectious disease. Yet, for me, a psychological explanation of why Prof Wessely and Max Pemberton are into ignoring clinical evidence is a very real one.

However, it is testament to the complexity of the brain that the mind is capable of ignoring almost 5000 research papers of evidence that ME is a severely disabling neurological disease. But money and power are all more important than the lives of millions of severely disabled people.

As a model for understanding Prof Wessely and Max Pemberton, the psychological explanation of telling psycho blah blah for power and money is as valid as any other.

One final note, if CBT and GET would the next best thing since sliced bread, then obviously all ME patients would be shouting this from the roofs. The fact that all of us have been saying for decades that CBT is useless and that GET is extremely dangerous for people with ME, which has been backed up by many reviews of these silly treatments, should tell a thing or 2 to doctors who are willing to listen to their patients.

But the one thing that becomes clear from this article is that Dr. Pemberton is not only into ignoring clinical evidence, he also doesn't listen to his patients, just like his dear old friend Prof Simon Wessely. 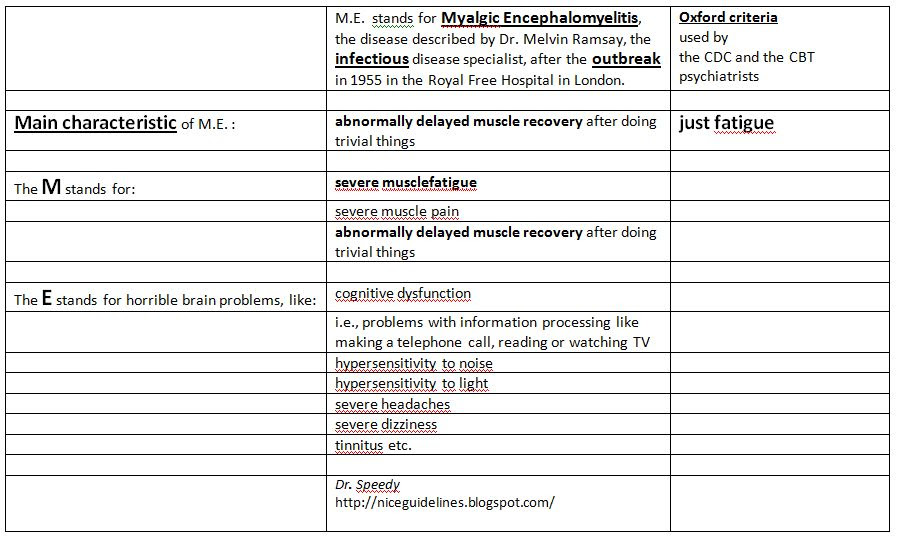 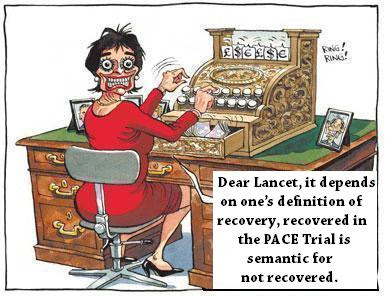