NIH: Estimates of Funding for Various Conditions and Diseases 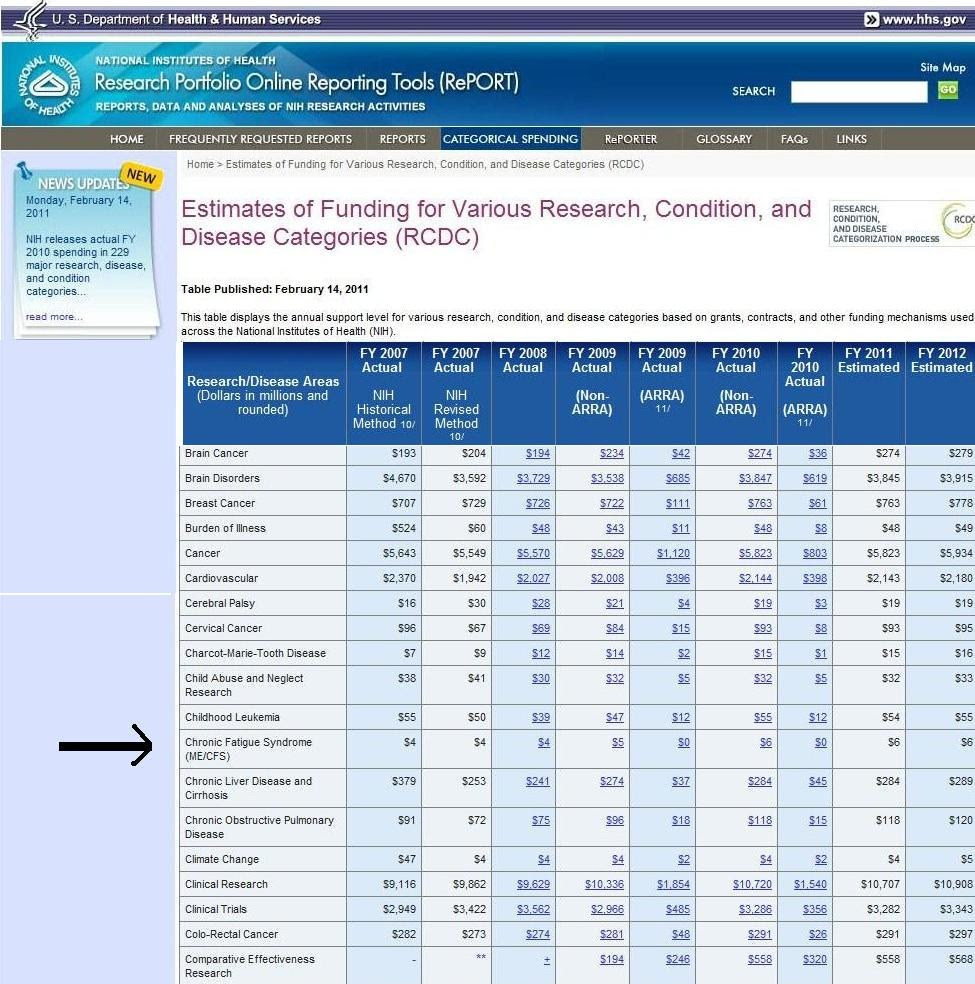 This table displays the annual support level for various research, condition, and disease categories based on grants, contracts, and other funding mechanisms used across the National Institutes of Health (NIH).

At the request of Congress, the NIH embarked on a process to provide better consistency and transparency in the reporting of its funded research. This new process, implemented in 2008 through the Research, Condition, and Disease Categorization (RCDC) system, uses sophisticated text data mining (categorizing and clustering using words and multiword phrases) in conjunction with NIH-wide definitions used to match projects to categories. The definitions are a list of terms and concepts selected by NIH scientific experts to define a research category. The research category levels represent the NIH’s best estimates based on the category definitions.

The NIH does not expressly budget by category. The annual estimates reflect amounts that change as a result of science, actual research projects funded, and the NIH budget. The research categories are not mutually exclusive. Individual research projects can be included in multiple categories so amounts depicted within each column of this table do not add up to 100 percent of NIH-funded research.

The FY2007 data were produced from a reporting process historically used by NIH. The technical elements of the previous reporting process did not have the ability to produce uniform results and led to wide variability in the way research categories were coded. This process caused inconsistencies in reporting data. RCDC use of data mining improves the consistency and eliminates the wide variability in defining the research categories reported. The table shows historical data for FY2007 and data produced with the new RCDC methodology for FY2007 through FY2010. The FY 2011-2012 estimates are based on RCDC actual data.

My note: the way I understand things is that there is hardly any money for ME research ... just compare that with Behavioral and Social Science or Complementary and Alternative Medicine ...
Posted by Dr Speedy at 3:04 AM