New Research shows: ME is caused by an oncogenic virus 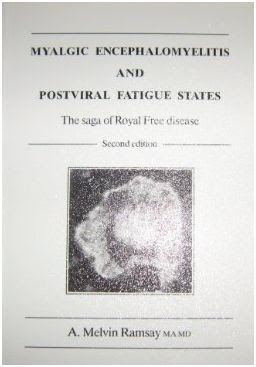 The groundbreaking book by Dr. Melvin Ramsay, describes the outbreak of ME (ME stands for Myalgic Encephalomyelitis) in the Royal Free Hospital in London in 1955.

The answer to what is causing ME can be found in this book. The only thing one has to do, is read the book and use the thinking part of our brain.

The part which harbors the Pinocchio gene, prevalent in CBT psychiatrists, is destroyed by first undergoing a few sessions of Lightning Therapy. There are few things that stand out if you read the book.

First of all, chronic fatigue doesn't feature in this book about ME.

Secondly, the cardinal feature of ME is muscle fatigue, i.e. muscle weakness, with an abnormally delayed recovery, which can take days or weeks, after doing trivial things. 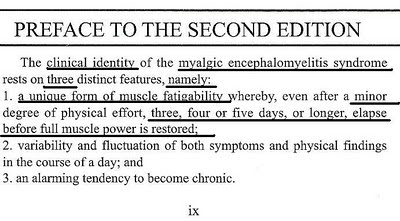 The other thing, which becomes clear straight away is that we've had similar small epidemics, always in closely knit communities.

Dr. Ramsay also described the phenomenon that ... Read more>>
Posted by Dr Speedy at 7:47 AM