Nurse and Admin sacked from ATOS ... 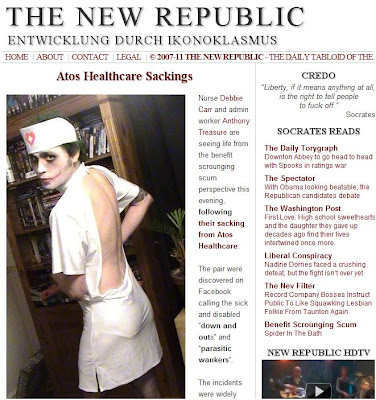 The pair were discovered on Facebook calling the sick and disabled “down and outs” and “parasitic wankers”.

The incidents were widely reported in the mainstream press and came shortly before the Government's de-benefitting boot-boys attempted to shut up a bunch of whining cripples by sending them threatening letters.