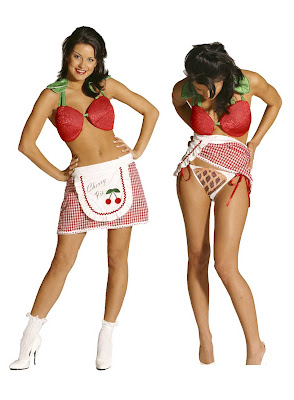 A fundamental error made by many of the scientists involved in the XMRV debate is they didn’t pick the right fruit. Instead of cherries they wound up with rhubarb. They don’t look the same and they don’t taste the same but as far as some scientists are concerned, heck, they’ll just have to do.

How does this relate to ME/CFS? Well, the cohort issue is a very important one, and it’s an issue that UK psychiatrists continue to obfuscate. You will often find them studying chronic fatigue patients and applying their findings to ME/CFS. The problem here is that chronic fatigue is just a symptom, not a syndrome or a disease, but a symptom. In fact it’s a symptom of many conditions, including: cancer, MS, thyroid disease, depression as well as ME/CFS.

Myalgic encephalomyelitis is a complex, AIDS-like illness of the immune, endocrine and nervous systems. Its many symptoms include: ... Read more>>
Posted by Dr Speedy at 7:29 AM