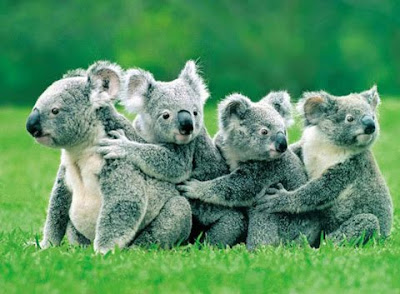 Koalas (Phascolarctos cinereus) may be one of the world's cuter critters, but that doesn't mean they have it easy.

Not only have koala populations become heavily fragmented due to habitat loss, they face numerous threats that they never encountered before: household cats and dogs frequently kill koalas; hundreds die every year after being run over by cars and trucks; and now a deadly virus is spreading to koalas throughout Australia.

The koala retrovirus, which infects and alters the animal's DNA, has been linked to a variety of diseases and medical problems, including leukemia, bone marrow failure, cancer and AIDS-like immune deficiencies. First found in 2000, the retrovirus is already forcing some smaller koala populations into extinction, says Jon Hanger, director of research and ecological services at the Australian Wildlife Hospital. Hanger was the first person to genetically sequence the koala retrovirus after its discovery.

Hanger equates the koala retrovirus with the deadly devil facial tumor disease (DFTD) devastating the world's Tasmanian devils (Sarcophilus harrisii), which many fear may soon drive that species into extinction. He has called for support akin to that given to help protect the devils to stop the spread of the koala retrovirus. "Twenty-two million dollars has been committed by government to manage the contagious cancer afflicting Tasmanian devils. The koala disease epidemic is just as devastating but we know little about it," Hanger recently told Brisbane's Courier–Mail. Read more>>
Posted by Dr Speedy at 2:41 AM