Human viruses now the number-two cause of mountain gorilla deaths 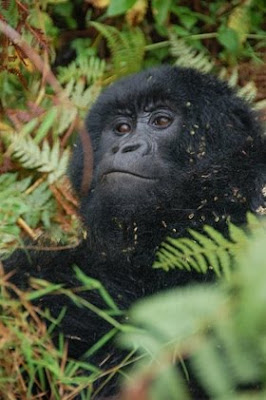 Today, they live in just two protected parks, where they are surrounded by human settlements in Rwanda, Uganda and the Democratic Republic of the Congo.

Meanwhile, ecotourism provides the bulk of the funding needed to keep these critically endangered primates alive.

The rare species is at risk on multiple fronts, including poaching, slaughter by rebels, and now, human diseases.

According to a study published this week in Emerging Infectious Diseases, respiratory diseases have been on the rise in mountain gorilla populations in recent years. The diseases not only occur more frequently but also have become more severe, and they are now the number-two cause of mountain gorilla deaths. Read more>>
Posted by Dr Speedy at 2:52 AM