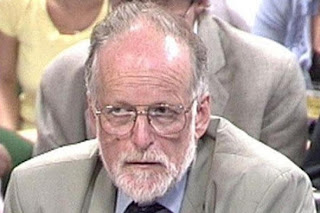 A group of doctors campaigning for a full inquest for David Kelly have made a last-ditch plea to Prime Minister David Cameron to intervene on their behalf.

Attorney General Dominic Grieve is currently considering a dossier of evidence provided by the doctors in September, and is expected to announce soon whether he will ask the High Court to order an inquest.

In an open letter to Mr Cameron released on Friday, the doctors warned they will seek judicial review if Mr Grieve decides no inquest is needed.

But the doctors, led by Stephen Frost, say Hutton failed to examine a number of questions over the circumstances surrounding the discovery of Kelly's body in woodland near his Oxfordshire home, soon after he was named as the source of BBC reports questioning the accuracy of a Government dossier arguing the case for war in Iraq.

In Friday's letter, the doctors denounced the Hutton report as a "whitewash" which "failed adequately to address the cause of death itself and the manner of death". Read more>>
Posted by Dr Speedy at 4:25 AM